Home > SAVE > Investing > Certificates of Deposit for Your Cash Reserves

Certificates of Deposit for Your Cash Reserves

Certificates of Deposit for Your Cash Reserves

Certificates of Deposit (CDs) can be ideal vehicles for investing funds that you do not need in the near term. CDs are promissory notes issued by banks, credit unions or thrift institutions. They are time deposits usually having maturities ranging from 30 days to as long as ten years. The most popular terms are from 90 days to five years. Since they are time deposits, usually offer higher interest rates than savings accounts, but they have penalties (often 90 days of interest) for early withdrawals.

When choosing the maturity of a CD to buy, it is important to consider your liquidity needs and that interest rates will change over time. Buying a five-year CD with a 2.30% rate may be attractive today, but if rates rise in the next couple of years, you are locked into that 2.30% rate until maturity. An alternative is to use a “laddering of maturities” strategy. For example, instead of buying one five-year CD, buy equal amounts of one, two-, three-, four- and five-year CDs. As each CD matures, you then reinvest the proceeds into a five-year CD. While you would not have as high of an initial rate, over time all your funds would end up in higher rate five-year CDs and you would have annual liquidity of one fifth of your funds. If rates rise, you would take advantage of the higher rates with new purchases. If rates fall, you still have the initial higher rate CDs that you already own.

CDs offered by banks and thrift institutions are insured up to $250,000 by the Federal Deposit Insurance Corporation (FDIC) and those offered by credit unions are insured by the National Credit Union Share Insurance Funds that is an arm of the National Credit Union Administration (NCUA). There are ownership rules applied to determining the insurance limit and you should thoroughly investigate these rules if you are considering having over $250,000 with a single institution.

This website and the articles contained within are provided as a free service to you and for general informational purposes only. Information on this website is not intended to provide legal, accounting, tax or other advice. Please consult your attorney, accountant, or financial or other advisor with regard to your individual situation. We also make no warranty or representation regarding, and do not endorse, any linked websites or the information appearing there. 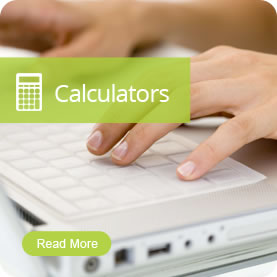